Southern Downs Dental is a privately owned dental practice, established in 1991 in the Darling Downs community.

At Southern Downs Dental we aim to build a caring professional relationship with all of our patients, dealing one on one with their concerns and tailoring your treatment to suit you.

With our focus being on a healthy smile and your overall wellbeing, we look forward to caring for you and your family
Our Service 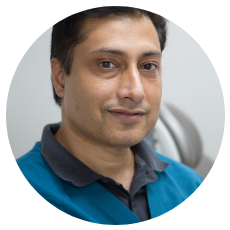 Rob joined the Southern Downs Dental team in September of 2014 after completing 5 years as Senior Dental Officer with Queensland Health at the Warwick Dental Clinic. He began his career in general dentistry in 1999 and in 2017 completed his Masters of Clinical Dentistry, with a focus on implantology, through Griffith University. Rob and is wife, Pooja, live in Toowoomba with their young son and daughter. 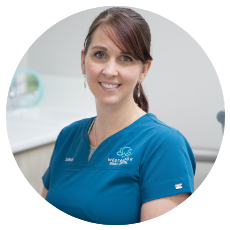 Sarah is the current owner of Southern Downs Dental, which has been owned and operated by her family since 1991. Her father, Mike Geisel, was the original principal dentist. Mike has no w retired from dentistry and is currently focusing on his health and family commitments. Sarah graduated from UQ’s Bachelor of Oral Health degree in 2007 and has gone on to complete 3 years of a Bachelor of Dental Surgery at James Cook University in Cairns. At present her study in the BDS program has been placed on hold due to family and business commitments. Her young daughter, Sophia was born in March 2013.  Sarah  originally completed degrees in early childhood education and science and after a short career as a primary school teacher, she chose to return to University to follow her passion for health care and working with people. In 2016, Sarah completed postgraduate study in the field of oral health with the University of Adelaide and now provides general dental services to people of all ages. 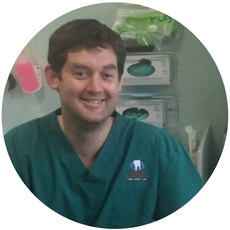 Jeff joined our team of friendly professionals in October 2015. He completed his Bachelor of Dental Surgery at James Cook University and has recently moved to Warwick from Brisbane where he has a family. In his spare time, Jeff enjoys traveling and spending time with family and friends, including his partner Nicole, who is also a dentist.

Nicole is the most recent dental profession to join our friendly team. Initially, Nicole trained as an Oral Health Therapist at the University of Queensland and practiced with Queensland Health from her Graduation in 2007 until 2012, when she was accepted into the Bachelor of Dental Surgery at James Cook University. Nicole graduated as a dentist in 2016 and has been practicing in Tasmania in private and public practice since. In September 2018, she married her long-term partner Jeff, who is also a dentist.